Building a Retained Heat Oven for Commercial use like Matilda takes quite a long time.

There are a number of layers involved in the build which all in different ways contribute to the overall efficiency of the oven .

The oven’s Mass is what ensures the possibility of a lot of stored heat to allow for a large bake session . This Mass  also provides good solid all round heat during bakes to produce amazing breads and pasties .Hence the weight of the oven is around 10 ton so the first stage of the build was to double up on the  Bakehouse foundations .

Another important layer is the insulation . Having produced lots of heat for the oven Mass it’s important not to lose that heat . Most of the oven has a 2 foot layer of insulation around it .

We gathered together here some pictures taken during the build which we hope will give you some idea of the complex but also simple nature of  Matilda  our  Alan Scott Retained Heat Oven . 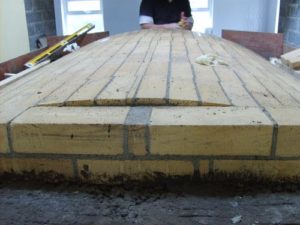 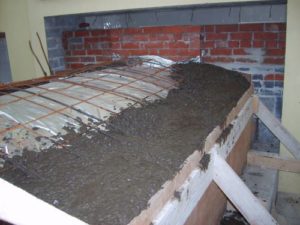