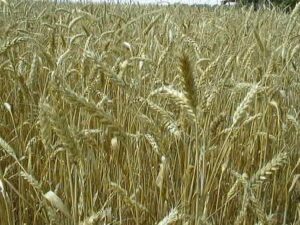 We have always baked with Stoneground Flour which has been milled from UK grain . Whilst UK  Wheat historically has not been regarded as a ‘strong’ ( high protein ) suitable for bread making , it has always been highly valued for the flavour it brings to bread. Some modern wheats are being breed  now to be ‘stronger ‘ with higher protein levels . Although this means the resulting flour may be more suitable for modern bread making , we feel concerned that this development could be at the cost of flavour .

Fortunately in recent years there has been a resurgence of interest in older wheat varieties . This interest has partly been driven by the interest to find wheat and other grains which may be more resilient to climate changes . The older wheat varieties are Long Straw Wheats and put roots deeper into the soil enabling them to cope better with some of today’s dryer growing conditions .

For us as bakers the good news is that we now have access to some grains which make bread flour which brings better flavour to bread than many of the modern wheats .

Hen Gymro :  is a long straw wheat   which was grown extensively in West Wales until the 1930’s . Andy Forbes from Brockwell bake in London began the process of rebuilding  stocks of this wheat .

April Bearded : Our favourite is a long straw wheat from the 60’s , which produces flour that bakes wonderful deep wheat flavoursome loaves .

Maris Widgeon : Another long straw wheat from the 60’s which was used as a thatching straw which like April Bearded has great flavour .

Blacksmith Wheat : In 2015 Owen Davies found some unusual grains of wheat in a pile of commercial wheat . Having worked as a plant breeder he decided to try and grow the wheat on . He now has stocks of the wheat which makes an amazing black bread .